The original business model of A1A Pharmacy was to be a pediatric-only compounding pharmacy, but owner and pharmacist Jay Griffin quickly found that to be too specific. Now he considers his business, located in a former accounting firm’s office on Solana Road in Ponte Vedra Beach, to be a traditional independent pharmacy.

Griffin took the jump to opening his own business as the result of a desire to serve community members with children who needed specialized compounded medicine, something he could relate to from his own family’s experience. The challenge is to offer compounds (individually tailored prescriptions, either in unusual medicine combinations or strengths) at a fair price. Griffin says he struggles most with pricing.

“As a business model, it would probably be considered a bad one,” he said. “We are trying to make something and then sell it as cheaply as possible so that our customers can afford it.”

Despite this, Griffin said that now, at the one-year mark of his business, A1A Pharmacy is breaking even. He has had issues with insurance companies and the many rules and regulations that appear to create an uneven playing field for independent pharmacies, but believes there is light at the end of the tunnel. As of July 1, A1A Pharmacy will be accepting Blue Cross in addition to all major insurance carriers.

Griffin earned his pharmacy degree at the University of Georgia at a time when the curriculum included not only dispensing medication, but also compounding and mixing it. A product of his parents’ midwestern values, he was raised to believe that family was very important and thought the team concept of working for a large company was the way to go to ensure a balanced work/family life. So his first job was as a salesman for Eli Lilly, when prozac was first hitting the market. After that, he worked as a pharmacist for the first Publix in Atlanta and eventually became a district manager in the Southeast at a time when Publix was aggressively adding stores. He said he learned most of what he knows about customer service from working at Publix.

“I believe in operating the business in a way that you deserve to be successful,” he said.

A1A Pharmacy’s main business is in hormone replacement, which Griffin said accounts for about 35 percent of his business. He also makes veterinary compounds for area pet owners who require specialized medicine for their dogs and cats. Making affordable, quality compounds for children with special needs, his original reason for opening his business, remains a high priority.

Griffin said a unique aspect of his business is that most would assume that his competition is other pharmacies within two to three miles of his store, but that is not the case. Some doctors send their patients’ prescriptions to large cities like Chicago and there is also the mail order option.

Griffin believes that his competitive edge over the big box and out of town pharmacies is customer service.

As he enters his second year in business, Griffin said he is optimistic, yet still struggles with many issues facing small business owners — namely marketing and sustained growth.

“I’m convinced we opened for the right reasons, to create a business that benefits the community. We have been fighting the fear and greed that often accompany business ownership and so far, the community’s support has been fantastic,” he said.

Jay Griffin in his laboratory, where he compounds medications at A1A Pharmacy. 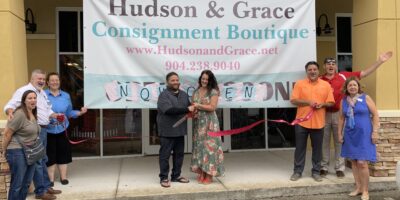 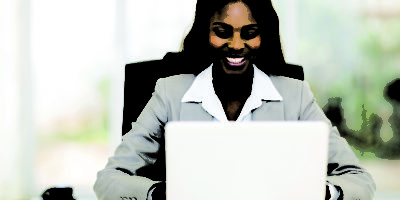