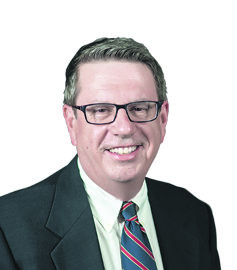 In 1801, Josiah Bent of Milton, Mass. invented the word “cracker.” No, not that kind of “cracker.” No one knows when the term “Florida Cracker” came into vogue, though it is generally believed that the name refers to the sound that a Florida cowboy’s whip made as they drove their cattle to market in places like Cow Ford. The type of cracker that Josiah Bent made was a hard-baked flour and water biscuit that he called a “water cracker.” Bent’s water crackers had a shelf-life of years. They were perfect for long voyages at sea. Bent sold his crackers by the thousands to whalers and other mariners.

Bent sold even more of his crackers in the 1840s, first to the army during the Mexican War and then to the horde of easterners who set off for California and the gold rush. During the Civil War, Bent made a small fortune selling his long-lasting biscuits to the Union Army. Civil War soldiers on both sides called these biscuits “hardtack.” Some of the hardtack was left over from the Mexican War in 1848. It was still edible. Soldiers took to breaking the crackers into their coffee. Weevils would float to the top and could be skimmed off.

After the Civil War, Bent and 40 other bakers were merged into the New York Biscuit Company. Less than a decade later the NY Biscuit Co. and the American Biscuit and Manufacturing Company of Chicago merged to form the National Biscuit Company, also known as Nabisco. The new enterprise had its first big success with the Uneeda Biscuit. One of the things that made the Uneeda so successful was the reseal-able wax packaging that kept the product fresh. Other, more familiar products, like Oreos and Ritz Crackers came later.

The thing that fascinates me about Nabisco is that over the years it has been bought sold so many times. At one time or another, Nabisco has been owned by both RJ Reynolds (remember the movie “Barbarians at the Gate”?) and Philip Morris. They have also been owned by Standard Brands, Kohlberg, Kravis, & Roberts, Kraft, Kraft Heinz, and Mondelez. Every time Nabisco was bought and sold, the price went up and each new suitor gladly paid for the name. Today Nabisco is owned by Mondelez. The company’s best product, Oreos, is the No. 1 snack food in most of the world, including China. And in case you are wondering about the title of this article, Nabisco also makes Animal Crackers.

Scott A. Grant is President of Standfast Asset Management in Ponte Vedra Beach. He welcomes your comments or questions at scottg@standfastic.com.

MarketInsight | A Coke and a smile

At the height of the Great Depression, whole families were uprooted. Many wandered, seeminglyRead More