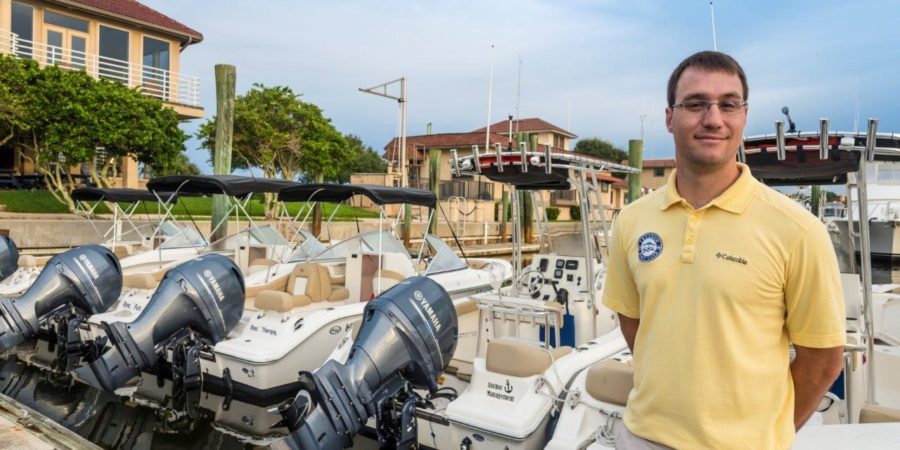 Few high school or even college students have settled on a future path. For Kevin Seelig, attending summer camp at age 10 was all he needed to determine his life’s course.  “I attended summer camp in Coconut Grove, Fla., not far from where I grew up,” Seelig said. “The campers had a chance to regularly go out on the water. I quickly became attracted to anything that involved boating.”

Seelig did not wait long to turn his newfound love into a fledgling career. At age 14, that same Coconut Grove camp gave Seelig his first job, but this time as a counselor making a minimum hourly wage of $6.25. Seelig took every opportunity to be on the docks and near the boats. He quickly learned how to properly tie dock lines, rig sails and perform basic maintenance. Those lessons have paid off ever since.

“I was a sponge for knowledge,” he said. “I was becoming comfortable handling a variety of boats. I learned from a wide assortment of transient dock workers who would come and go with the season.”

By his senior year in high school, Seelig had doubled his pay and expanded his skills and responsibilities on the dock. There were few repairs or maintenance jobs he couldn’t handle. He was as comfortable sewing a torn-up jib and racing sailboats as he was repairing motors and fixing electronic glitches.

When Seelig was 18, Freedom Boat Club, a members-only boating club, came to Grove Harbour and hired him to run their operations on Saturday and Sunday. It was a remarkable amount of responsibility for a teenager, but few young people anywhere could match the marine experience Seelig had logged.

Seelig, now 30, no longer runs charters for the rich and famous. After relocating to the First Coast area to attend the University of North Florida, he went back to work with Freedom Boat Club, but in a different context.

Seelig is no longer an hourly employee, tying off lines and scrubbing decks. He is president of the Camachee Cove Marina, St. Augustine as well as the Jacksonville locations of Freedom Boat Club, which he co-owns with his partner, Lisa Almeida.

Seelig handles operations, while Almeida oversees the marketing and sales side of the business. Under their guidance, the St. Augustine and Jacksonville locations of Freedom Boat Club have experienced rapid, steady growth. When they began operations in 2011, they owned three boats and leased nine others, serving 150 members. Now they own 47 boats and have 470 members.

“Kevin is the perfect partner,” said Almeida. “He has experience and a depth of knowledge that is extraordinary. And beyond that, he has a passion for boating.”

« Perfection in confections: Bakery starts small but now does it all (Previous News)
(Next News) Interview With … Scott Nelson »

After the storm – Business assistance resources

Undoubtedly, many businesses and residents may find themselves still picking up the pieces after HurricaneRead More

Economic Development – Building a diverse economic base through marketing

A top priority of any business owner should be to promote their business. Ideally, marketingRead More